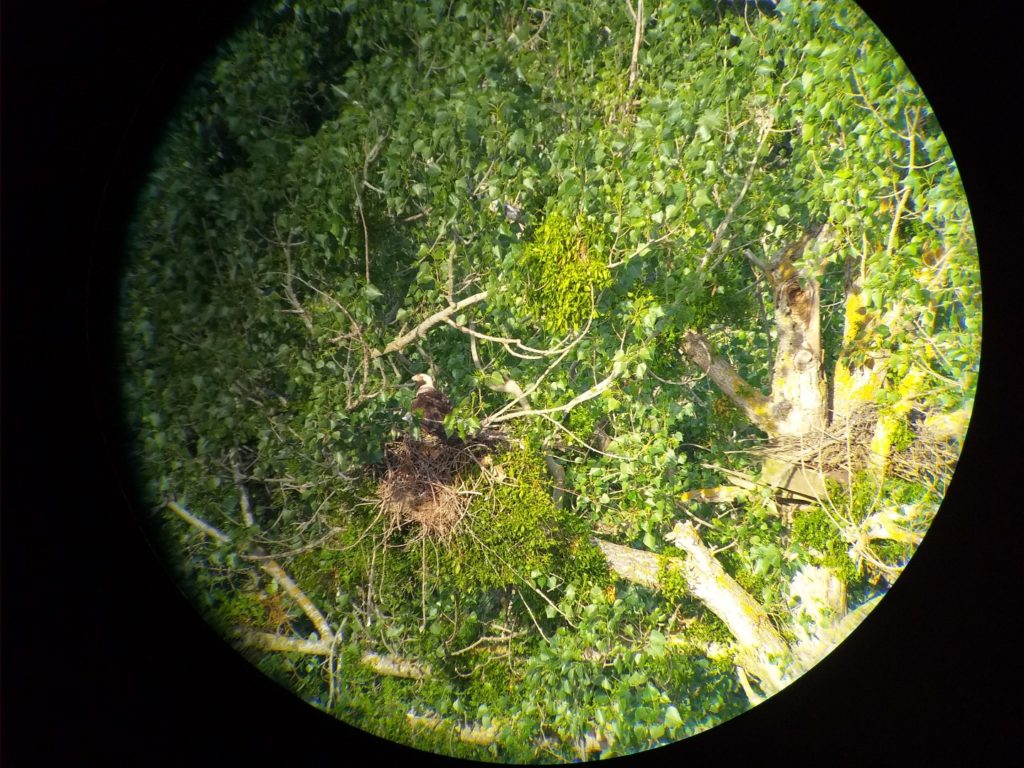 In the frame of “Eagles beyond borders” project financed by Interreg-IPA CBC Bulgaria – Turkey, during the last nesting season “Reconstruction and Development Unit” provided guarding of two nests of the endangered Imperial eagle.

That emblematic for the Bulgarian nature species often builds its nest near settlements. However, the proximity of the nests to villages is a premise for disturbance during nesting season. That may lead the eagles to abandon their territory and perishing of the juveniles. There are 35 nesting pairs of Imperial eagles in Bulgaria. Providing of guarding of 2 the most threatened to disturbance pairs is a significant contribution to improving of species status. Both pairs started incubation in the last week of March. During the incubation period which is 43 days one of guarded pairs was not disturbed by human activities. However, on three occasions the guard had to guide people away from the nesting area. Fortunately, the incubating bird was not chased out of the nest in neither occasion. 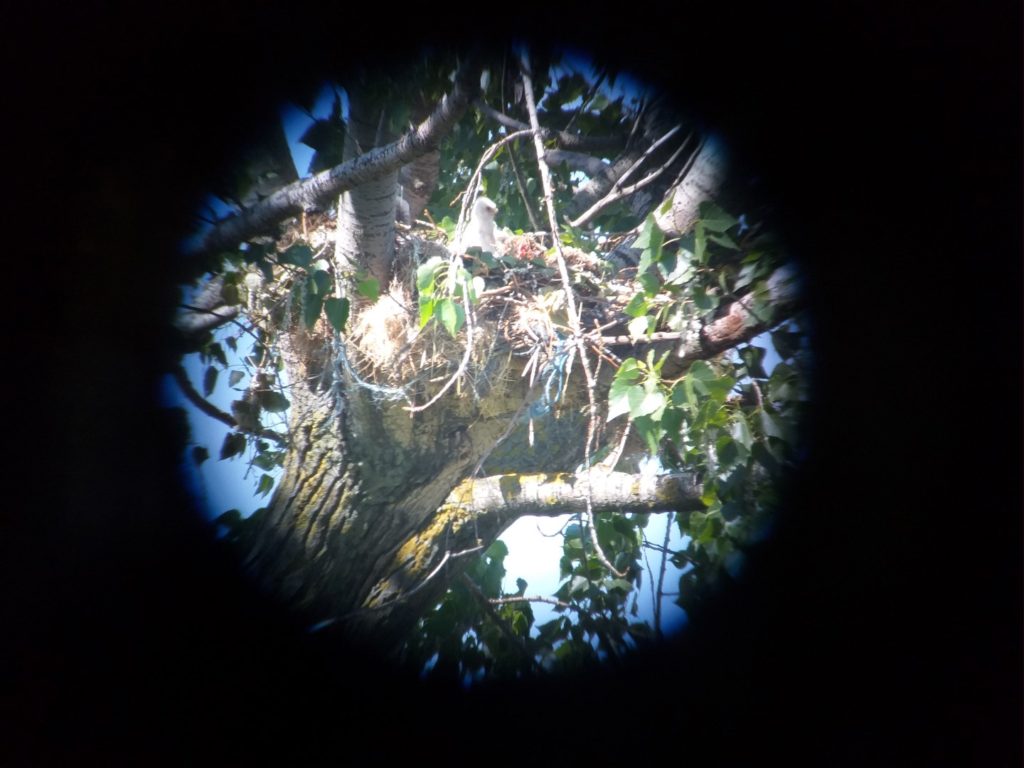 The first pair of Imperial eagles hatched just one juvenile on 8 th of May, despite that very often that species raises two juveniles in a season. The parents feeded the offspring 4 times a day. The main food source was Souslik. It is a species from the squirrel family, it inhabits pastures with low degree of bushiness. Other source of food for that pair were reptiles, mainly snakes. During the growth of the juvenile there were people in the area close to the nest daily. The guard had to contact that people on many occasion explaining the harm that they may cause to the endangered birds. In all of the cases the people were mindful for the wellbeing of the birds and went away from the area without further conflict. The young Imperial eagle made its first flight 67 days after hatching and landed on the pastures near the nest. Its parents were feeding it on the ground. In the next few days the youngster roosted on the trees near the nest. For the second pair the incubation period was even more calm and there were no human activities near the nest. Their first offspring hatched on 5 th of May and second one followed one day later. The parents were bringing food 3 times per day. The main food source for them was also Souslik. The eagles fed the offspring also with significant amount of hedgehogs. There were many human activities in the area near the nest while the juveniles were growing. Most of the times these were shepherds who decided to stay under the shade of the nesting tree. Fortunately, they moved away after the guard had explain them about the disturbance of the birds.

The first youngling flew out of the nest 71 days after hatching and the second one two days after.

In the first few days the juveniles were staying it the area around the nest. The parents fed them on a tree near the nesting one. In the next days all four magnificent birds were observed flying around the area together. That rear sight brought joy not only to the guard but also for people from the near village!